The 5 Best Festivals in Asia

Asia’s diverse cultures and religions celebrate more festivals than known in any other part of the world. They’re vibrant, colourful and often accompanied with lots of music and dances while some even last for several days. We have compiled a list featuring Asia’s most spectacular festivals: 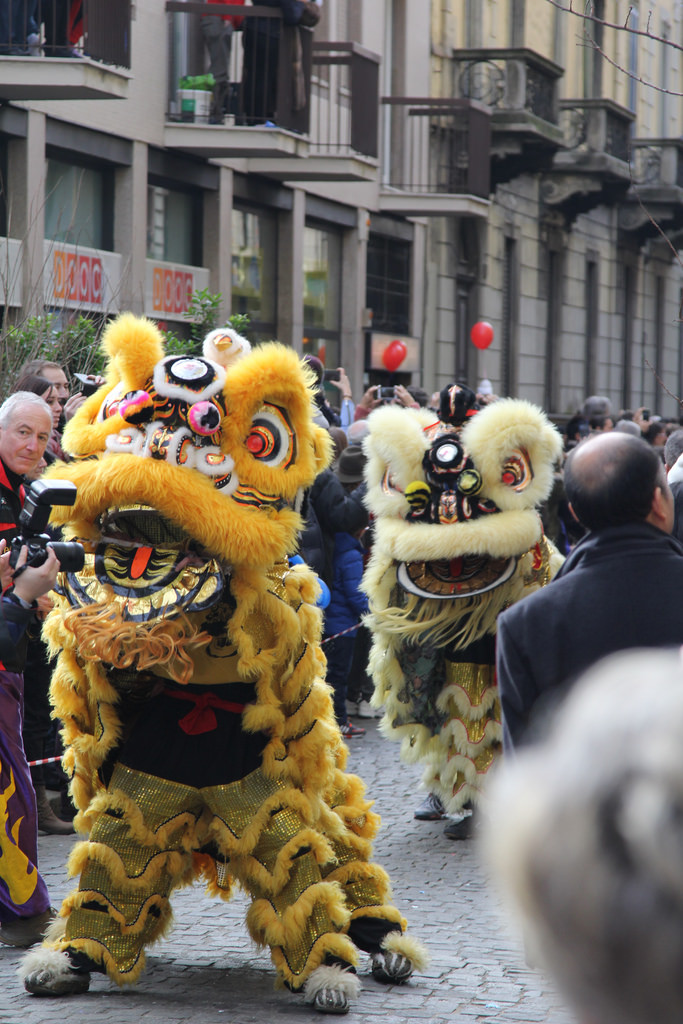 1. Yi Peng / Loi Krathong, Thailand
Thai festivals are known to be colourful yes mesmerizing and breathtaking. The famous Yi Peng / Loi Krathong are often considered to be the same festival, but are actually two separate events that coincide. Loi Krathong translates to ‘floating baskets’ where Thais release small baskets at the nearest water. These baskets are made from banana leaves and contain various beautiful flowers, candles and incense sticks. Thais believe that the baskets carry away bad luck and that it’s the beginning of a new and prosperous life part.
Yi Peng literally means ‘second month’ and is celebrated on the full moon of the second month of the Lanna lunar calendar. Loi Krathong is following the Thai lunar calendar and is celebrated on the full moon of the 12th month.
Yi Peng symbolizes the release of lanterns to the sky which has the same effect as the krathongs: carrying away bad luck and the beginning of a new chapter.

When: annually in November, exact dates vary, depending on the lunar calendar.
Where: throughout Thailand, best locations are Chiang Mai and Sukhothai.

2. Chinese New Year, worldwide
Chinese New Year is considered to be the most widely celebrated Asian festival anywhere in the world. Festivities are held among Chinese communities in major global cities like New York, Kuala Lumpur and Bangkok, among many others. Celebrations last for two weeks while every day is packed with events, parades, lantern festivals, dances and fireworks. Visitors only see 2-3 days of the celebrations as the rest is celebrated at home among families.

When: January/February, exact dates vary, depending on the Chinese Lunar calendar.
Where: outside China in places with large Chinese populations, especially Chinatowns.

3. Songkran, Thailand
Another important festival, that can’t be missed on that list – Songkran. Songkran is the Thai New Year and the most anticipated festival in Thailand. It is usually the time when families gather and family members that live in different parts of the country come together to one place. Thais sprinkle water on holy images and one another to give blessings for the upcoming year. But what once started as an important cultural and spiritual festival (and still is!) has evolved to the world’s largest water battle that draws nowadays millions of visitors to Thailand, especially to Chiang Mai. People wait on the streets for others to pass by, ready to unload their water guns and buckets filled with water. The only way to escape this craziness is to stay inside your house/hotel and wait until sunset (but who wants to miss Songkran?). Lots of events and festivities are held throughout cities, especially close to rivers and lakes.

When: 13th-15th April, every year.
Where: nationwide, but especially in Chiang Mai, as it’s considered that the best and biggest celebrations happen there.

4. Holi, India
Holi means ‘Festival of Colours’ or ‘Festival of Love’ and is in many ways similar to the aforementioned Songkran, but instead of water, coloured powder is used. Holi is one of the most important Hindu festivals and symbolizes that good wins over evil. It’s the time when families gather to end any differences by exchanging sweets and other treats. Holi is accompanied by lots of festivities, singing and dancing.

When: February/March, it’s always the last full moon day of the lunar month of Phalguna.
Where: throughout India.

5. Thaipusam, Malaysia
Thaipusam is another important Hindu festival that is celebrated throughout Asia, but especially the unique celebrations held in Kuala Lumpur are worth to highlight. Tens of thousands of people attend an eight hours pilgrimage that starts at the famous Sri Mahamariamman Temple near Chinatown towards the sacred Batu Caves as the endpoint, about 15 kilometres from the temple. Some devotees, in order demonstrate devotion to the Hindu God Lord Murugan, perform seemingly terrifying acts by piercing long skewers and/or drag chariots with hooks attached to their skin. You should have a thick skin if you plan to watch the celebrations.

When: January/February, on the full moon in the Tamil month of Thai.
Where: Kuala Lumpur, Malaysia.

Commenting is closed for this article.